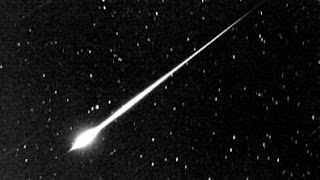 Earlier this summer we talked about stargazing. We hope you’ve all had a chance to look up and discover the night sky!

There’s a very cool event happening this week for space fans. From August 11th to 14th you can catch the Perseid Meteor Shower lighting up the sky.

Meteors, also known as “shooting stars”, are tiny rocky or metallic pieces of space debris burning up as they enter Earth’s atmosphere. If there’s a whole bunch of them, it’s called a meteor shower. During the Perseid Meteor Shower, it is sometimes possible to see 100 meteors in an hour!

All you need to see the meteor shower is a clear, dark night and your eyes. No telescope needed!

Let us know if you are able to watch the meteor shower! How many meteors can you spot in an hour?

Three cheers for wading in shallows, and roasting marshmallows!