Donate today!
Weather is amazing!  It gives us warm sunny days, cool breezes, refreshing rain, and awesome thunderstorms.  Weather is the word we use to describe what happens in the Earth’s atmosphere that creates clouds, rain, and other forms of precipitation (like snow, sleet, freezing rain, rain or hail).
The science behind studying the atmosphere, especially weather and weather forecasting, is called meteorology (me-tee-o-ROL-o-gee). Meteorologists develop weather forecasts based on a variety of things like humidity (amount of water vapour in the air), types of clouds, wind direction, and weather in other areas of the continent.  With our Wonderful Weather activities, you can be a meteorologist too!
Let’s go over some of the clouds you may see in your weather window:
Cirrus:  These clouds are high in the atmosphere and are formed from ice crystals. They create thin, wispy strands in the sky.  Often, these clouds can indicate a change in the weather, such as when a new “front” (the boundary between two air masses, often one mass being warm and one being cold) passes through.

Cirrostratus: These clouds are also high in the sky, created when cirrus clouds are spread out extensively across the sky.  Sometimes they can even create the appearance of a halo around the sun!  Watch for these clouds if you have plans, they often indicate that precipitation will likely follow in the next 12 hours!

Cirrocumulus: Similar to the past two cloud forms, these are also high. Meaning wispy heap or wispy accumulation, these are formed when Cirrus clouds are warmed from below making them into fluffy-looking, billowy heaps like other cumulus clouds. They tend to also appear as little cloudlets across the sky. While they may indicate rain on the way, these clouds make sure beautiful sunsets! 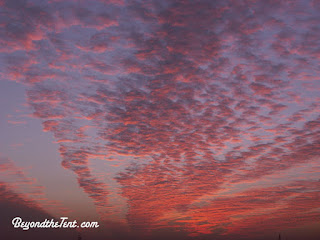 Altocumulus: These mid-level clouds are usually white or gray in colour and billowy looking.  Often times they are in patches or groups!  These clouds are often seen before temperatures cool down or on a warm summer day before a thunderstorm! 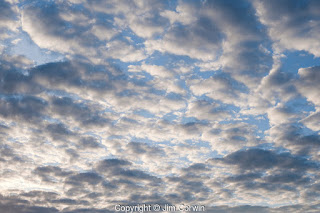 Altostratus: These clouds are also mid-level but instead of being billowy, they are more spread out across the sky. These clouds indicate a weather change since they form when a new “front” causes the air to condense and rise.  Get ready to be wet, they bring precipitation to wide-spread areas! 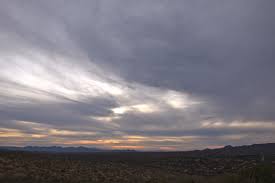 Cumulus: These clouds are low laying and are seen as fluffy heaps or accumulations. They appear when warm air rises from the ground.  They are often called “fair weather clouds” as they indicate enjoyable weather conditions. 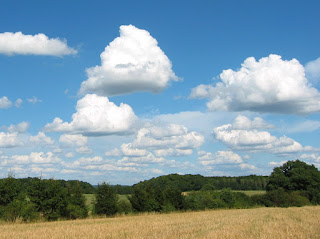 Stratocumulus: These low clouds are seen as large, round masses in dark groups or lines across the sky. While they are often seen before or after severe weather (like a storm) they can also bring light rain or snow. 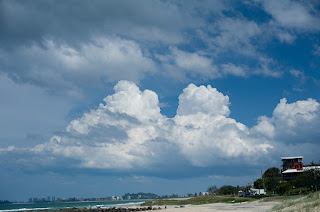 Stratus: These gray clouds appear as low horizontal layers that blanket the sky.  Instead of appearing as a layer of smaller clouds (like we saw with stratocumulus clouds), they appear as one large blanket. If they form low enough to the ground, this is when we experience fog! 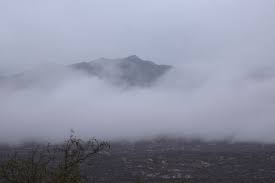 Nimbostratus: These clouds never take one particular form, so the best way to identify them is with what they all have in common…they are gray and spread out to block the sun. 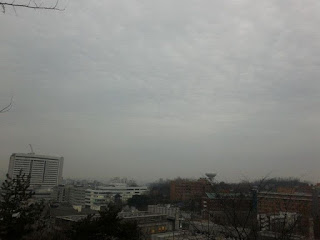 Cumulonimbus: These clouds can be incredibly tall!  they may appear to be flat on the bottom and them climb into fluffy tall sides and then a flat top. This flatter top is caused by winds in the upper atmosphere. Air rising causes these clouds to grow vertically.  Seeing these clouds often means that precipitation is on the way, and usually leads to thunderstorms with a lot of thunder and lightning! 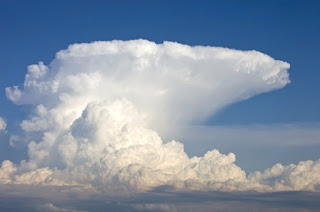